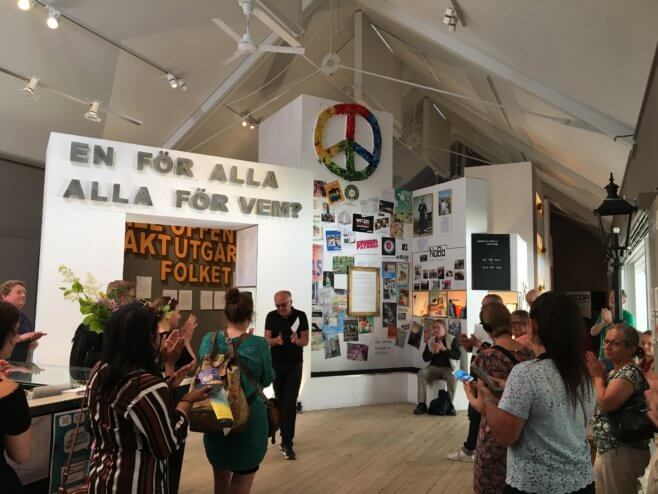 Subtopia interviews Leif Magnusson, Head of Operations at Mångkulturellt centrum, about his background, politics, and Allmändalen, an alternative to Almedalen, based on citizen representation and raising local issues.

We talked to Leif Magnusson, Head of Operations at the Mångkulturellt centrum, about Allmändalen, his background and political initiatives.

— The idea came about when I was in Almedalen [Sweden’s political fair where politicians meet civil society]. I like people gathering and exchanging thoughts over a few days. At the same time, not everyone can make it to Visby. That was three years ago. Last year we did one day and now it’s a whole weekend with presentations and seminars. Now we’ve also inspired Malmödalen in Rosengård which will be held in August. That clearly shows that it’s in the local where it happens.

What do you think is good about Allmändalen?

— It serves as an alternative to the political establishment. At Allmändalen no representation is too small and we as an institution have a mission to be a meeting place for different actors and civil society. We don’t want to control the content, we only want to give 20-40 minutes to something that someone thinks is important, if you stand up for the equality of people. It is better and more hopeful than the big discussions taking place in the election movement. That is too rigid and dull, but when it comes down to this, I get inspired. I find meaning and connect. A society consists of differences by definition.

Tell us about your background. You have been with Mångkulturellt centrum ever since the start in 1987?

— I worked at the cultural and leisure time administration in the municipality and am a trained social and cultural scientist. Besides that, I’m a real suburban man and have lived in Botkyrka all my life. I didn’t want to live in the countryside and not in the city.

What did you think was extra interesting this year?

— The language revolt made an important point when putting the light on the position of the Finnish language in Botkyrka. By addressing the issue here, Swedish Television got its eyes on the issue. It’s a way to support certain struggles. That’s how you use democracy. To strengthen equality. That’s when we gain access to freedom and expand it. The anti-rumours initiative is also interesting.