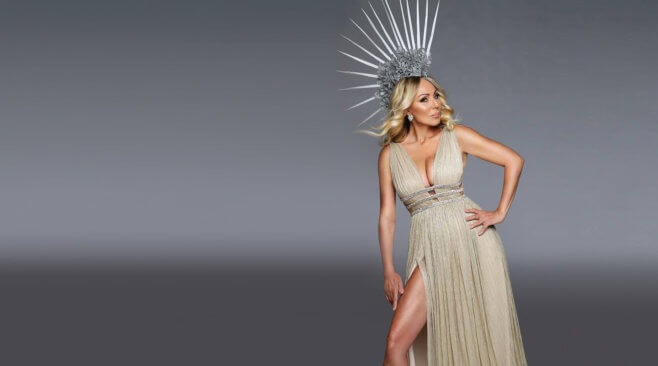 Fahreta Živojinović, better known as pop and folk music singer Lepa Brena, is the most successful artist of former Yugoslavia, as well as one of the most popular ones, with more than 40 million records sold.

Born in the outskirts of Tuzla, Fahreta Živojinović grew up in the city of Brčko in northern Bosnia and Herzegovina, on the border with Croatia. Today she lives in Belgrade, Serbia, where she has lived since beginning her career there in 1980. Since Lepa Brena was one of the last popular acts to break through before the break-up of Yugoslavia, she is considered by many to be a symbol of former Yugoslavia, and she herself has on occasion described herself as Yugo-nostalgic.

Today she is also one of the co-owners of Grand Production, the largest record and production company in the Balkans, which she founded together with her husband, Slobodan Živojinović, and their friend, Aleksandar Popović.

Throughout the years, Lepa Brena’s concerts have been unforgettable musical experiences where she continues to prove why she was and remains one of the biggest stars of the region. In 2018, she celebrated 35 years as an artist, and showed her enduring strength as an artist with a three-hour concert show, where she tirelessly sang both old and new hits. In this live performance from 2019, it is the same.