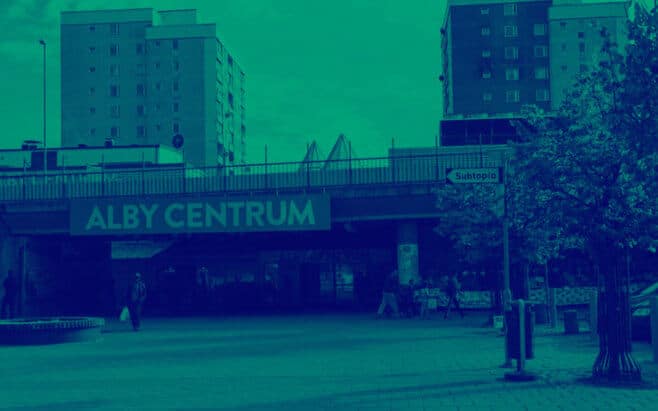 Since its founding in 2008, Subtopia's circus department has carried out a great number of projects to develop the circus arts both in Sweden as well as internationally.

Since its founding in 2008, Subtopia’s circus department has carried out a great number of projects to advance and develop circus as an art form in Sweden, as well as, internationally. Generally, these projects have been cooperations with other organisations. Here are some of those projects.

Union Black was an international co-production with the goal of creating a high quality circus and hip hop show with a good representation of ethnic diversity for a wide audience.

Local and international circus and hip hop artists created a performance basing itself in a physical vocabulary from football, circus, hip hop and theater, and raising socio-political issues concerning racism and a multicultural Europe. The ambition was to reach an audience not too familiar with circus, and through an artistic intercultural crossover sow the seeds for new expressions within the circus.

Union Black was directed as a collaboration between a hip hop choreographer and a circus director, and mainly rehearsed at Subtopia. The premiere was held at Hangaren, Subtopia’s main stage, after which the show went on tour to the other partner countries. Five Swedish circus artists and dancers participated in the performance. Local youth in Botkyrka municipality were offered free workshops in circus and dance as part of the project.

The project received funding from the EU’s Creative Europe and the Swedish Cultural Council, and was carried out in collaboration between organizations in Sweden, the UK, France, and Ireland.

Circus Incubator offered circus artists workshops where they could develop their artistic projects together with organizers. Artists and organizers often lack experience of in-depth dialogue between themselves about the relationship between the artistic process and the organizer’s work with production and programming. It is a dialogue that can be challenging for both parties, but when the difficulties are overcome, it gives us better conditions to build the future of the circus arts together.

The circus artists based in Sweden who participated in the project were Kaaos Kaamos (Mikaela Veide, Erik Glas, Johan Sjölund), Leire Mesa, Matthew Horton and Alessio Motta. The Swedish organizers who participated in the project came from Subtopia, Vara Concert Hall, Stora Teatern Göteborg, JONK, Västmanland Concert Hall, Umeå Theater Association and the municipality of Finspång. In addition to this artists and organizers from the other partner countries participated.

The project received support from the EU’s Creative Europe and the Cultural Council, and was carried out in collaboration between organizations in Sweden, Finland, France, Spain, Canada, and Brazil.

CASA aimed at developing competence in international work, as well as, serving as a way to exchange knowledge between professional circus workers, with a particular focus on strategies for reaching new audience groups and international markets.

The circus companies were offered workshops in international communication led by international experts. Study trips to other cultural contexts were organized for the artists, organizers and educators. They visited festivals, residency centers, training programs, amongst other things, and met a wide range of actors with various creative strategies for audience and market development.

Guides with overviews of the different partner countries’ circus contexts were printed. They were also published on a website with live interviews of artists, organizers and other actors in the sector. This great source of inspiration can be found at www.casa-circuits.eu.

The project received support from the EU’s Creative Europe and the Swedish Cultural Council, and was carried out in collaboration between organizations in Sweden, Finland, the Czech Republic, Spain and Belgium.

Crossing Missions was aimed at the younger generation of organizers and producers in circus aspiring to work internationally. At the beginning of a career you rarely have the means or opportunity to attend the major international fairs. Here, the “decision makers of the future” among the organizers of circus in Sweden, Finland, and Canada, were invited to participate in the CINARS performing arts fair in Montreal and the Subcase circus fair at Subtopia.

The goal was to develop skills and enable participants to develop their own international networks. They were offered knowledge exchange with senior colleagues, meetings with international artists, saw performances and attended seminars.

The project received support from the Nordic Council of Ministers and the Canada Council for the Arts, and was carried out in collaboration between organizations in Sweden, Finland, and Canada.

Autopistes was aimed at getting European and North American scenes and festivals to work together in building touring networks for the circus.

The project was run by organizations from Montreal, Barcelona, ​​Toulouse, and Botkyrka – regions where the circus has a strong foothold. Between, within and around these “circus metropolises” we identified some existing collaborations and synergies between organizers, that, however, needed to be strengthened and defined.

Workshops for organizers from southwestern Europe, the Nordic countries, and North America, were held with the aim of creating structures and collaborative networks. 15 circus companies from southwestern and northern Europe, as well as, North America, were toured in the newly created networks. The experiences were then evaluated for the continued construction of three touring networks that the project resulted in: one along the east coast of the United States, one in the regions of northern Spain / southern France and one in Sweden (CirkusNät Sverige).

Through Autopistes the Swedish company Magmanus got a major tour of 38 gigs in the U.S. and Canada. Johan Wellton toured Denmark, and Svalbard Company was presented in France. The 7 Fingers from Canada, Cie Betti Combo from France, and La Industrial Teatrera from Spain, all toured Sweden.

The project received funding from the EU’s Creative Europe, the Swedish Cultural Council, Kulturkontakt Nord and The Swedish Institute, as well as, a number of grant institutions from the partner countries. Autopistes was a collaboration between organizations in Sweden, France, Canada and Spain. About 30 associate partners were tied to the project to participate in booking the tours.