An Open Wall for Everyone
Skip to content
Subtopia 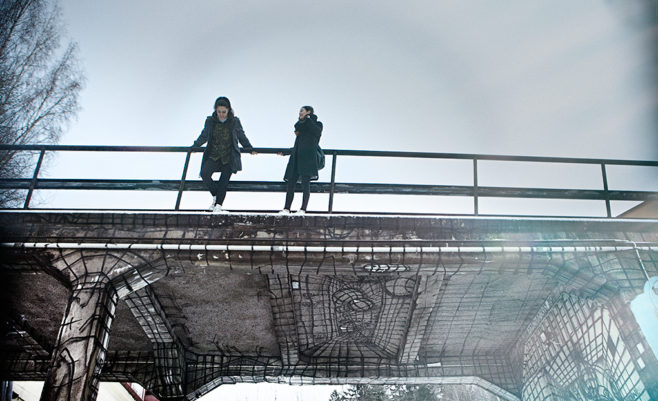 An Open Wall for Everyone

A year ago, the zero tolerance towards graffiti was removed. Shora Dehnavi gathered the role models Puppet and Ziggy to talk art, environment and open walls
Text Shora Dehnavi, photo Saga Berlin. The bridge is gridded by Puppet

A year ago, the zero tolerance towards graffiti was removed. Shora Dehnavi gathered the role models Puppet and Ziggy to talk art, environment and open walls.

Different people make Graffiti or Street Art for different reasons. It could be a need, an urge, a calling, or a simple desire to express yourself. For me, graffiti was a natural continuation of my art, a new expression, and a new way of thinking. Making the site an aspect of the work, painting in large scale, and using tools that are uncommon in the eyes of many people. But I haven’t always had an easy time getting to do graffiti work, so when I got the opportunity to make a painting in the Subtopia outdoor gallery, which has permanent pieces by people like Ziggy and Puppet, who I both idolize, I couldn’t say no. My organic patterns took over the little yellow house behind the main building. As I was limited to painting on the bases, the windows, and the door, I had to let the pattern wind its way through the available space.

Since the middle of the 2000s, Stockholm has had a zero-tolerance approach to graffiti. About a year ago, some of the most excessive paragraphs of this zero-tolerance approach were revoked, which has allowed Stockholm to catch up a little with the other European capitals that have open walls. However, Subtopia has, since many years back, created legal options such as curated outdoor environments and manned walls, in cooperation with Graffitifrämjandet in Stockholm.

Ziggy, a Swedish pioneer of graffiti, who also has a painting at Subtopia, explains why Subtopia is important for both the culture and the viewers:

– To “consume” a graffiti painting in the right way, you need to experience it at the place where it was painted, i.e., the place that the artist found, chose, and adapted his vision to. This experience is available to people in outdoor environments such as that at Subtopia, where the artist gets to choose the site. The fact that the piece is in that specific location is part of its power. That’s what makes walking around to look at graffiti and tags so much fun. You can tell that the artist was there, the tags let you know what the painter’s mood was like at the time. This can never happen in a gallery, where the painting is completely removed from its own context.

This spring, there will be new open walls opening up in Stockholm. We think it’s about time. Ziggy elaborates:

– The condition for open walls must never be that they reduce the amount of graffiti in the city, even if they do have that effect. They are entitled to exist regardless of the actions of other people. A free wall is for everybody. It’s a place for the audience to meet the painters, which is a very rare thing in graffiti.

I was looking for secondary spaces, i.e., forgotten “unusable” spaces, to give them a little love. Then, I let my organic patterns climb onto and around the house. I want the soft, crawling shapes to disrupt the static state of the house. 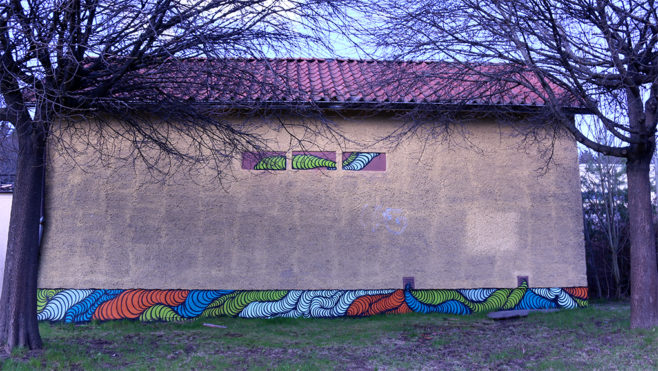 The basic idea is that I write texts inseveral layers, right from the heart, in my own made-up alphabet. It’s as though people were listening to my innermost emotions without understanding what I’m saying. This way, I’m able to speak completely freely. 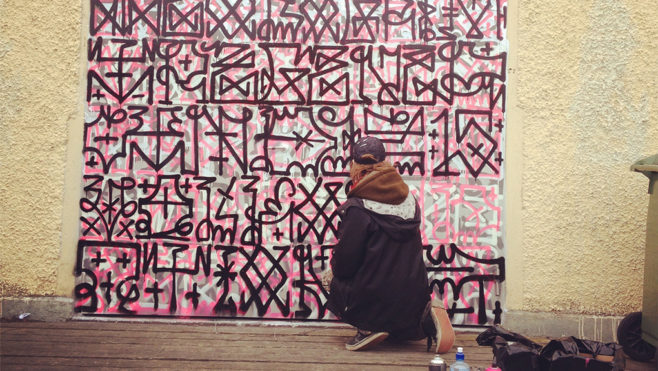 Ziggy working on one of his pieces in The Subtopia Outdoor Gallery. Photo Katarina Ståhl.

The bottom layer is completely from the heart, and uncensored. The next layer is a little more cryptic, and the final layer is like a shield with writing that you can follow. It explains what the layers underneath are about without giving too much of the secret away.

I walked around the area looking for a spot to do a painting. I didn’t feel like doing the usual square thing, so I found myself drawn to the bridge the moment I saw it. Symbolically, bridges mean a lot to me, and my works are often somehow connected to bridges. I often feel connected to the other side, in many different respects life, relationships, the past, and the present. I’ve also painted some subliminal messages on the bridge, mostly as notes to myself; Reminders of where I was at then and there. 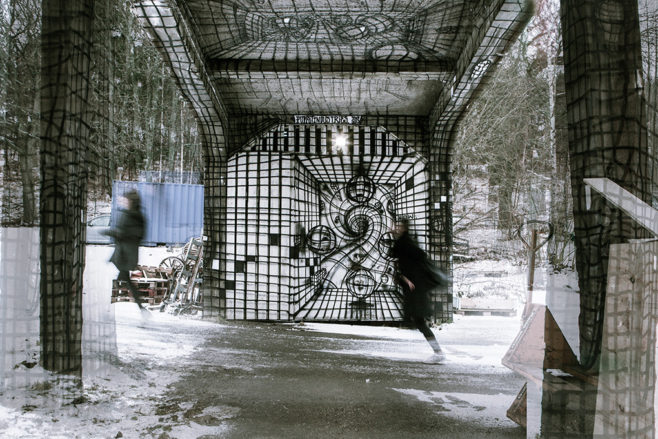 Puppet’s art piece in The Subtopia Out Door Gallery is a gridded bridge. Photo Saga Berlin.